Poet Laureate of the United Kingdom

Death: 25th April 1878 Location: Old Quaker Meeting-House , Lamas, Norfolk, England Cause of death: Hepatitis and Tuberculosis Photo taken by: julia and keld Buy books by Anna Sewell English writer who is best remembered for the classic children’s novel Black Beauty . Sewell was born in Great Yarmouth, Norfolk into a Quaker family. When she was fourteen years old she sustained an injury to her ankle which prevented her from walking or standing for long periods of time for the rest of her life. Because of this she relied heavily on horse-drawn carriages to get around and this led to her love of horses. She never married and lived at home with her mother and the pair spent their time doing charitable works.  Black Beauty was published in 1877 when Anna was fifty-seven years old; it was her only published work. The novel tells the story of a mistreated horse and was extremely influential in improving the treatment of horses. Anna died five months after Black Beauty was pub 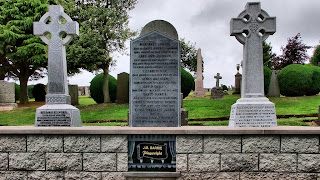 Death: 19th June 1937 Cause of death: Pneumonia Location: Kirriemuir Cemetery, Kirriemuir, Angus, Scotland Photo taken by: Barrie Caveman Buy books by J.M. Barrie Scottish novelist and dramatist. Best remembered as the creator of Peter Pan . He studied at Edinburgh University and after completing his education he became a journalist and moved to London. He married the actress Mary Ansell, but it was an unhappy marriage and ended in divorce.  Barrie became friends with the Llewelyn-Davies family after meeting them whilst walking his dog in Kensington Gardens. Barrie became the guardian of the five Llewelyn-Davis boys after they were orphaned. Their mother, Sylvia , was the daughter of the author George du Maurier. Barrie entertained the boys with stories which led to the creation of Peter Pan ; the copyright of which Barrie gave to Great Ormond Street Hospital in London. 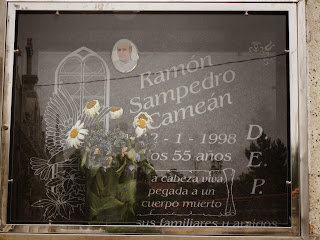 Death: 12th January 1998 Location: Cementerio Parroquial de Santa Marina de Xuño, Galicia, Spain Cause of death: Assisted Suicide Photos taken by: DeadGoodBooks Buy books by Ramón Sampedro Spanish fisherman and writer. He became a quadriplegic at the age of 25, following a diving accident, and fought for his right to an assisted suicide for the next 29 years. As a young man he had jumped into the sea from rocks near his home, a fishing village in the northern Spanish region of Galicia. Misjudging the water's depth, he struck his head on the bottom. He sustained a complete spinal cord injury, leaving him paralyzed from the neck down. Ramon tried Spain's lower courts, its higher courts, even the European Commission on Human Rights in Strasbourg to end his life. His argument hinged on the fact that he was sure of his decision to die. However, owing to his paralysis, he was physically unable to commit suicide without help. He argued that suicide was a right that 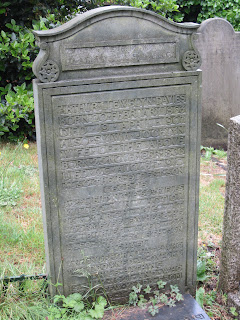 Death: Arthur - 19th April 1907; Sylvia - 27 August 1910 Cause of death: Cancer Location: St. John at Hampstead, London, England. Plot: Churchyard extension (J2) Photo taken by : DeadGoodBooks Arthur and Sylvia Llewelyn Davies are best remembered for being the parents of the boys who served as the inspiration for Peter Pan and the other children of J.M. Barrie 's stories of Neverland .  Arthur met Sylvia du Maurier at a dinner party in 1889 and they became engaged shortly after. Sylvia was the daughter of George du Maurier , sister of actor Gerald du Maurier, and the aunt of novelists Angela and Daphne du Maurier . The couple married in 1892, and they had five children, all boys: George (1893–1915), Jack (1894–1959), Peter (1897–1960), Michael (1900–1921), and Nicholas (1903–1980). In 1897, George and Jack became friends with the dramatist J. M. Barrie, whom they met during outings in Kensington Gardens. Arthur did not encourage the ongoing friendsh 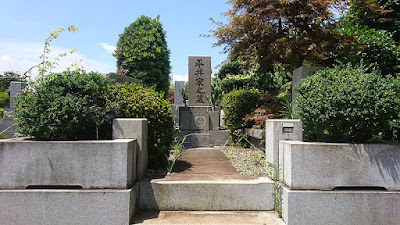 Death: 28th July 1965 Location: Tama Reien (多磨霊園), Fuchu, Tokyo Metropolis, Japan Plot: 26-1-17-6 Cause of death: Cerebral Haemorrhage Photo taken by:   Honeydance Buy books by Edogawa Rampo Japanese author and critic who played a major role in the development of Japanese mystery fiction. Many of his novels involve the detective hero Kogorō Akechi , who in later books, for juvenile readers, was the leader of the Boy Detective's Gang (少年探偵団).  Rampo was an admirer of western mystery writers, and especially of Edgar Allan Poe (his pen name is a rendering of Poe's name). He was also influenced by Sir Arthur Conan Doyle , whom he attempted to translate into Japanese.  In 1923 he made his literary debut by publishing the mystery story The Two-Sen Copper Coin (二銭銅貨). Over the course of the next several years, Edogawa went on to write a number of other stories that focus on crimes and the processes involved in solving them. Among these stories are a number of stori